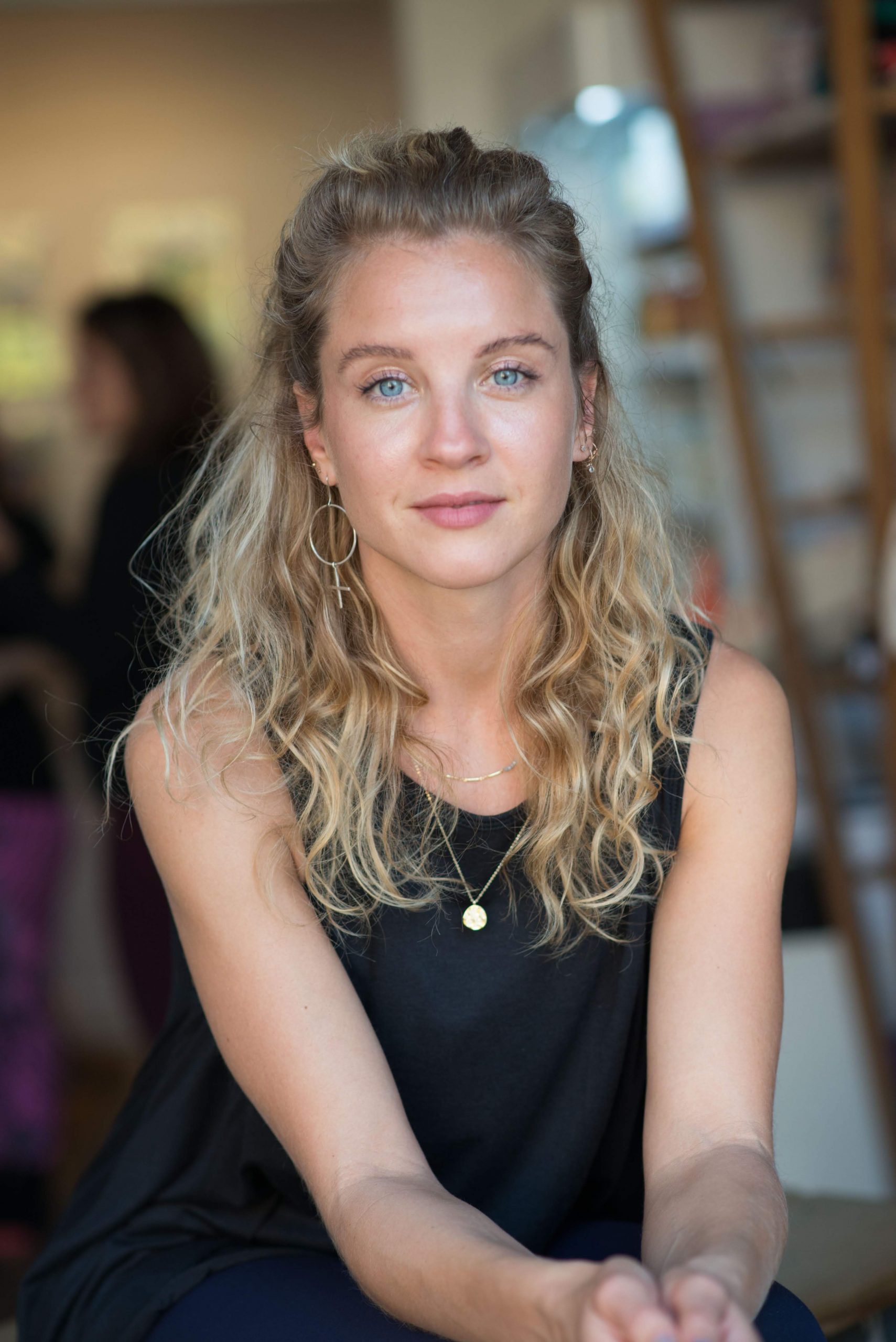 Discovering yoga in her early twenties, Mona Lisa Godfrey, RYT E-500, is passionate about utilising the ancient wisdoms of yoga and meditation as a platform to create meaningful change in our modern world. Originally from the former USSR (Riga), Mona relocated to Sweden with her family at the age of five, and began learning English as her third language at an international school in Stockholm. In her mid teens, she and her family relocated once again, this time to Orange, California.

The constant movement of her childhood bred an unwavering draw to change and an insatiable hunger for different cultures, exploration, and travel. In 2013, Mona spontaneously resigned from her position as regional studio director for The Yoga Mat OC locations in California, and with one rucksack, set out on a two-year self-study through South East Asia and Oceania. She attributes her courage to follow her heart’s wild calling to the power of the practice.

Mona has since launched and directed various studios and retreat centres in the US, Australia, and Indonesia. She is currently residing in London, where she leads group classes, workshops, teacher trainings, and retreats. You can also find her online – on YogaToday.com. Dedicated to teaching with a commitment to the ancient traditions of yoga, Mona believes that with discipline and enthusiasm, the practice has the power to raise the vibration of the collective, starting from the inside, one awakened heart at a time.

On Demand Classes with Mona Godfrey

45 mins , All Levels, Mona Godfrey
Join Mona for a 45 minute dynamic practice to energise your whole body. The class is a sweaty and fluid flow focusing on hip opening. You will have the opportunity to challenge yourself as variations are offered for more advanced poses. You will leave revitalized, but with a sense of blissful peace.
VIEW VIDEO

1hr, All levels, Mona Godfrey
Svarga Dvijasana (Bird of Paradise) symbolises a flowering plant (strelitzia reginae). Rising from the ground up from Malasana (yogi squat) or Parsvakonasana (Bound Side Angle Pose), our body mirrors a bud bursting forth from its stable roots in the Earth. Once above the ground, the ‘flowering’ requires us to open our chest and to extend the lifted leg out towards the sky. Join Mona Lisa Godfrey for a 60 minute power class designed to open up and strengthen the appropriate areas of the body to better be able to explore this beautiful yet challenging pose safely. A strap (or belt, if you don’t have a strap at home) is recommended for this class. Come open minded and willing to wobble: as Cynthia Occelli so famously wrote, “For a seed to achieve its greatest expression, it must come completely undone. The shell cracks. Its insides come out and everything changes. To someone who doesn’t understand growth, it would look like complete destruction.
VIEW VIDEO

1 hr, All levels, Mona Godfrey
Tap into your individual power through the element of fire. Both Manipira Chakra (the third energetic sphere that governs power/self-esteem) and Tapas (the important practice of discipline/austerity) link to fire: the element of ‘transformation.’ Invoke that which you wish to transform through this heat building and dynamic sequence. If you find it helpful — silently chant Om Agnaye Namaha in the pockets of the practice where you feel most resistant or stuck. This can help align the mind with the body’s experience. If you are not familiar or comfortable with mantra work, just leave it. Lastly, as the body is challenged, lean into the breath. And remember that fire transforms matter to heat and light, always rising upward — and this change is absolutely necessary to reach Anahata and other higher chakras. We must be willing to awaken from our slumber and move into Anahata (the 4th energetic sphere that governs self-love and self-acceptance)!
VIEW VIDEO

1 hr, Level 1, Mona Godfrey
Join Mona for a Level 1 Power Yoga Class: simple yet heat building and strong. This class is perfect for those who are newer to the practice and looking for more detailed instruction OR for the seasoned yogi seeking an evenly paced practice with space to fully engage and bring detailed awareness to their postures and transitions. Options to modify and scale up and scale down in intensity. Props: two blocks if possible.
VIEW VIDEO

1 hr, All Levels, Christian Coelho
A strong core-focused power yoga class. Christian will lead you through an energising and dynamic flow. You'll increase flexibility and strength, and calm body and mind.
VIEW VIDEO

1 hr, All Levels, Mona Godfrey
This power yoga class is designed to help open up the front of the body and strengthen the naval-centre, preparing you for beautiful heart-opening postures such as dancer-pose and full king pigeon pose. Energetically it aids in keeping Anahata, the energetic heart centre, from being blocked. I encourage you to move into these deep and energising back-bends with a strong hold on your intention and/or devotee. Visualise their face or repeat your intention to yourself as you breathe fully in these postures.
VIEW VIDEO

1 hr, All Levels, Mona Godfrey
Chill out and de-stress in this slower-paced yoga practice. Great for those newer to yoga or for those who prefer a calmer, rather than a sweaty, dynamic class.
VIEW VIDEO

1 hr, All Levels, Mona Godfrey
A dynamic power yoga class with a focus on Asteya, the third of Patanjali’s 5 Yamas of the Yoga Sutras. Mona takes you deeper into your practice weaving yogic wisdom with a juicy flow. You'll increase flexibility and strength, and calm body and mind.
VIEW VIDEO

1 hr, All Levels, Christian Coelho
An energising power yoga class with a focus on opening the hips and shoulders. You'll increase flexibility and strength, and calm body and mind.
VIEW VIDEO

2 hrs, All Levels, Christian Coelho
Join Christian for the fundamentals of getting upside down and understand how to incorporate inversions safely in your personal practice! This workshop is for beginners who would like to build up to Sirsasana (headstand) and Pincha Mayurasana (forearm balance). Take your time to explore all modifications and have fun!

45 mins, Christian Coelho
This fun 45min practice is aimed at young footballers who would like to complement their sport/exercise routine. A great way to prevent injuries and take care of your bodies and minds!
VIEW VIDEO
24 hour access BUY PASSES